NAME OF THE TOWN: the France republic.

POPULATION: France has a population about 65´447.374, France is a crowded country.

LOCATION: the capital is Paris in the north it borders with the channel of the mancha, northeast Belgium Luxembourg and Germany, east Germany, Switzerland and Italy, southeast with the Mediterranean Sea, south Spain and Andorra, the southwest with the gulfof Biscay and the west by the Atlantic ocean.

LANDSCAPE: the mountain is the European alpes; the principal river is the Sena, these countries have gulfs and beaches.

TOURIST ATTRACTIONS: the most famous city is Paris “the city of the light”, museum of Louvre, museum Orsay, the Tower Eiffel, Triumphal Arch and the Cathedral of Notredame.

COST: to live in France is expensive if we compare it with our country.

FESTIVALS: new year, carnival of nica, holy week, day of the work, day of the victory of the second world war, festival medieval, day of the bastille. 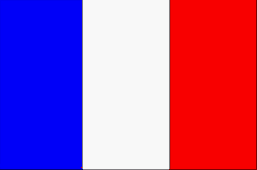